You are here: Home / Archives for dorf 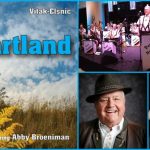 MPA formally released today its Music from the Heartland album. Heartland is the second in a series of musical selections from MPA’s Vitak-Elsnic Collection. The album contains 18 selections of fresh, new arrangements of music by Ernie Broeniman and was performed by Wisconsin-based Dorf Kapelle band. Founded in 1988 by Ernie Broeniman, Dorf Kapelle captures the traditional … END_OF_DOCUMENT_TOKEN_TO_BE_REPLACED 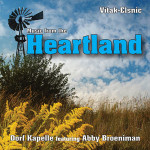 MPA TO RELEASE NEW VITAK-ELSNIC CD, MUSIC FROM THE HEARTLAND A new album of songs from Music Publishers of America’s (“MPA”) Vitak-Elsnic collection entitled Music from the Heartland is scheduled for release on January 19, 2016 according to MPA President Steve Harris. The CD and download contains 18 selections of new arrangements for concert and community bands by Ernie … END_OF_DOCUMENT_TOKEN_TO_BE_REPLACED