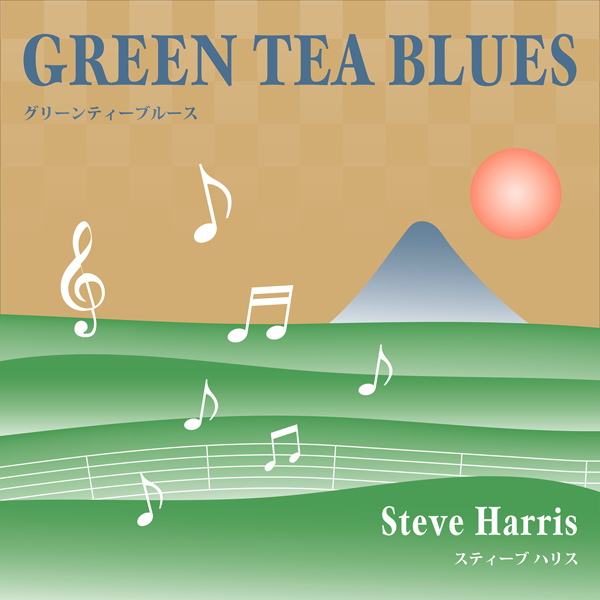 Steve Harris, June 2020
In September 2019, my two sons and I were in Japan for a father-son bonding trip, dodging cyclones moving across Asia and before the arrival of the coronavirus. (Timing is everything.) While in Kagoshima, we engaged Mikiko Horikiri as our personal tour guide for a visit to places off the normal tourist site-seeing routes. Mikiko – who was an awesome guide, by the way – took us out into the countryside for a visit to Mr. Yamaguchi’s green tea farm.  While chatting with Mikiko about my music, it hit me. What a cool name for a song – Green Tea Blues.  One concept – two colors, two cultures.

Soon after my return to the States, I followed that muse, writing Green Tea Blues and several other new songs. I was in the recording studio in November with my producer and friend, Stewart Myers, and an incredible group of musicians to lay down my first recordings of songs in a jazz setting.  Because that one conversation in a green tea field led me in a new direction, it seemed appropriate to title the whole album Green Tea Blues. 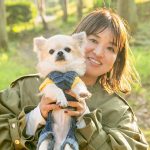 Original cover art was designed by graphic artist Keiko Futano, based in Tokyo and Kagoshima, Japan. The work represents music emanating from green tea fields at the base of Mt. Kaimon, located near Chiran, Japan. Keiko majored in sculpture at Hiroshima City University. After working for design firms in Hiroshima and Fukuoka, Japan, Keiko started her own company, Prismic Design, in 2010.

Steve Harris was born and raised in Deshler, Ohio, in the heart of northwest Ohio’s polka country. He began his musical performances at age 11, playing with his parents in the family polka band. During his high school years, he won superior ratings in regional and statewide competitions with solo performances on euphonium and in brass ensembles.

After high school graduation, Steve left his musical interest behind temporarily as he pursued successful careers in oil and gas development and international tax, where he specialized in Japanese-American transactions. But the love of music was not forgotten. He resurrected his interest in music in 2011 by starting up another family polka band with two brothers. Steve cofounded Music Publishers of America (“MPA”) in 2013, which acquired the legendary Vitak-Elsnic (“V-E”) Company catalog of central European-American traditional music. He became sole owner of MPA in 2017. Steve built on the songs in the V-E catalog, producing four albums to date: Then and Now (2015), Music from the Heartland (2016), Made in Ohio (2017) and Polish Blood (2018). He has recorded with Grammy-nominated musicians Alex Meixner (Polish Blood, 2018) and Ted Lange (Made in Ohio, 2017) and with Mexican bolero artist Gerardo Calera (La Golondrina, 2019).

Steve’s music interests have moved beyond production to creating new compositions and arrangements. His inaugural album of entirely original country compositions, Louisa Crossing, was released in 2019. He also released two single digital recordings, with a South Texas border theme, in 2019. His extended play album, Green Tea Blues, released digitally in 2020, is his first compilation of original compositions in a jazz setting.

Would you like more info about Green Tea Blues?