You are here: Home / album releases / Green Tea Blues Album to Be Released 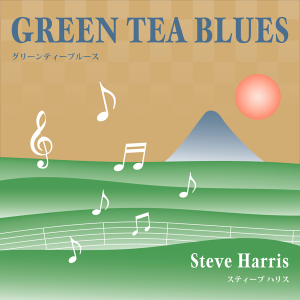 The album concept was developed during a 2019 visit by Harris to a green tea farm near Chiran, Japan, known around the world for its super-premium green tea production. “I love Japanese green tea,” Harris said, “and to me, the song title is a metaphor about Japan. When I sing about green tea blues, I’m alluding to missing the good things in Japan.” Harris is well-acquainted with the country, having worked with and visited many Japanese business clients for nearly twenty years.

For more information on the album and Harris, to preview the songs, and to download them now, go to the album's info page.